The Polynesian Voyaging Canoe the Hokule’a visited Sydney last month as part of a worldwide voyage for world sustainability that started in Honolulu last May 2014. Having sailed from Auckland then Coffs harbour on its way to Sydney it was amazing to have the Hokule’a anchor for a short while in Watsons Bay and for us to meet and greet the crew in person. 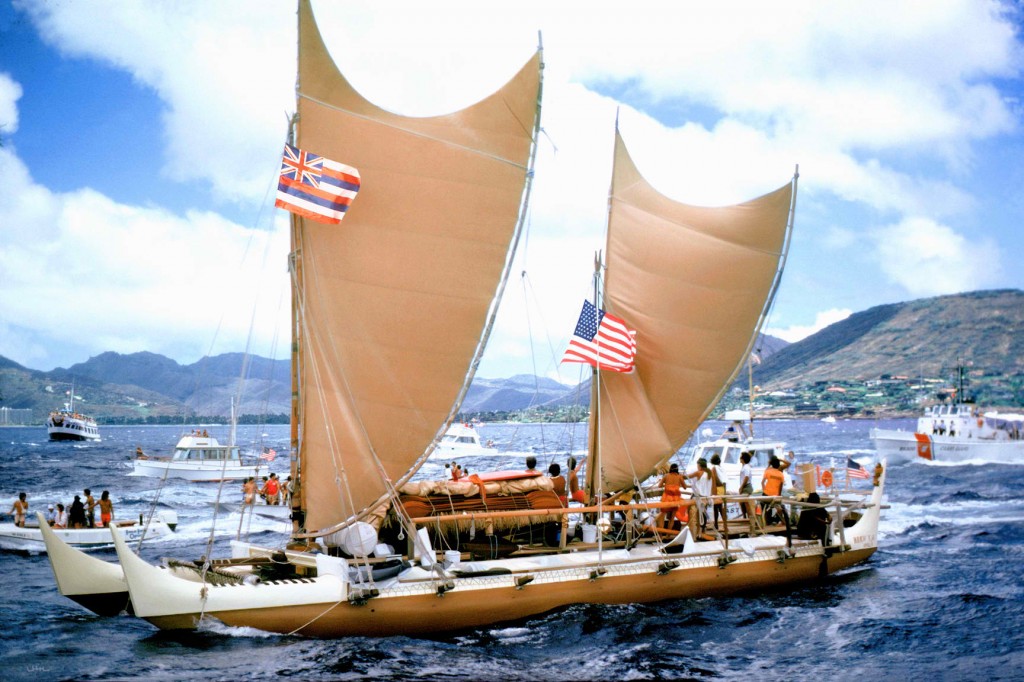 Hokule’a arrival in Honolulu from Tahiti in 1976

The first Hawaii to Tahiti voyage was completed in 1976. Another attempt was mounted in 1978 but the Hokule’a capsized in mountainous seas off the island of Molokai, Hawaii. It was on this voyage that the legendary Waterman/Lifeguard Eddie Aikau perished whilst attempting to paddle a surfboard to seek help. The crew was saved but no trace of Eddie was ever found.
You can watch this video on the whole story of the Hokule’a
https://www.youtube.com/watch?v=BmOccL4pT_Q 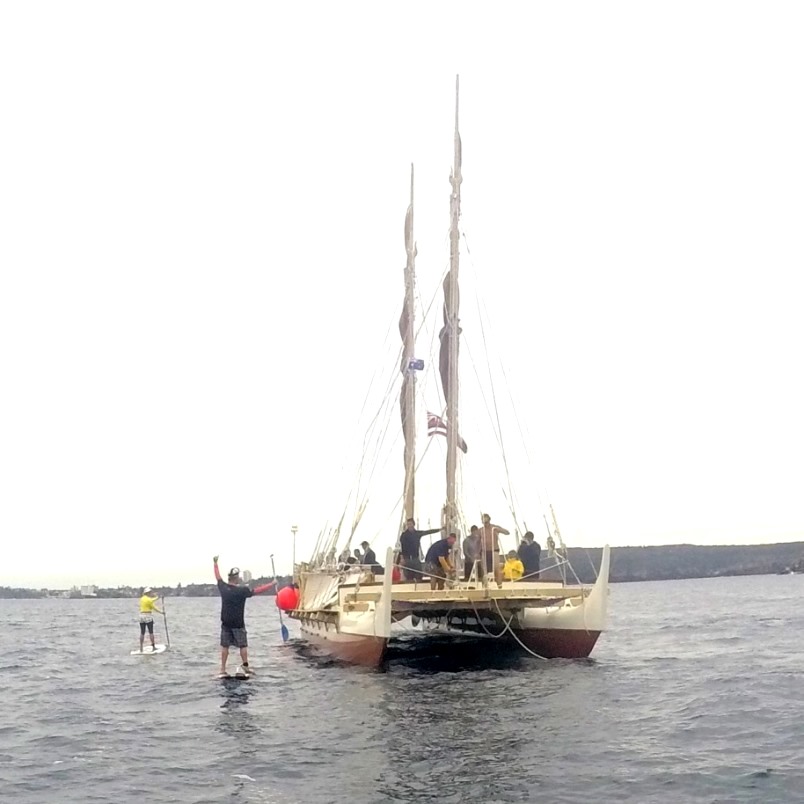 Having knowledge of the history and legendary stories of the Hokule’a it was actually a surreal experience to have the canoe momentarily station in Watsons Bay. Joanna, Terry and Spot paddled out on our SUP boards to greet the crew on their arrival just inside Sydney Harbour. 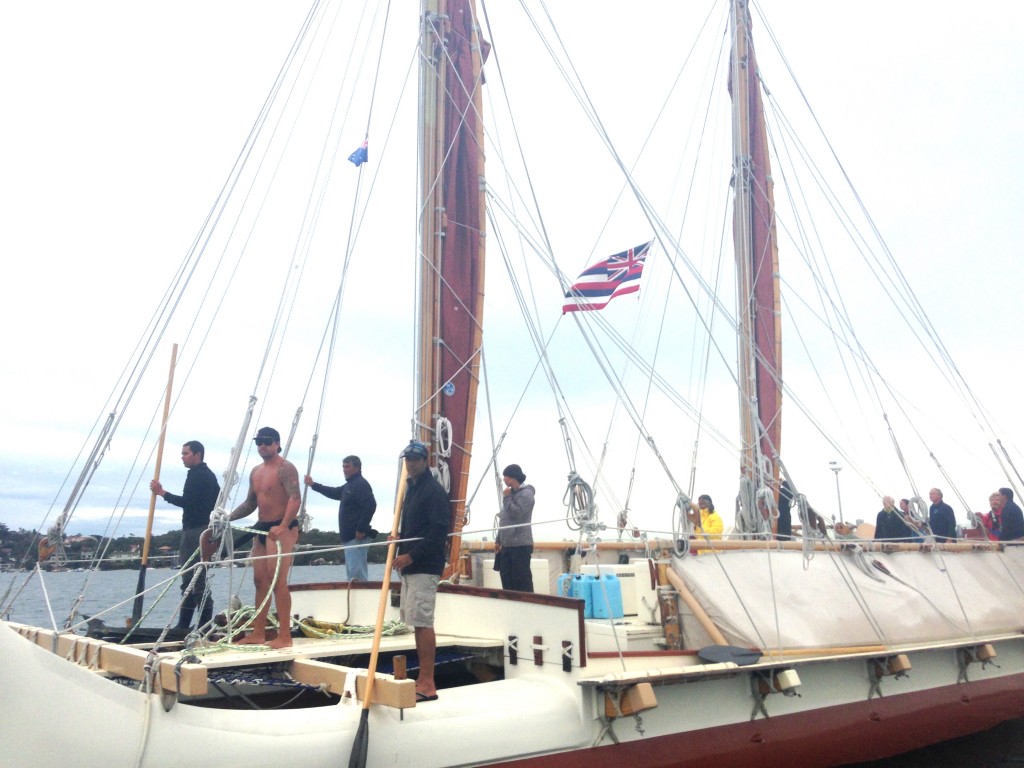 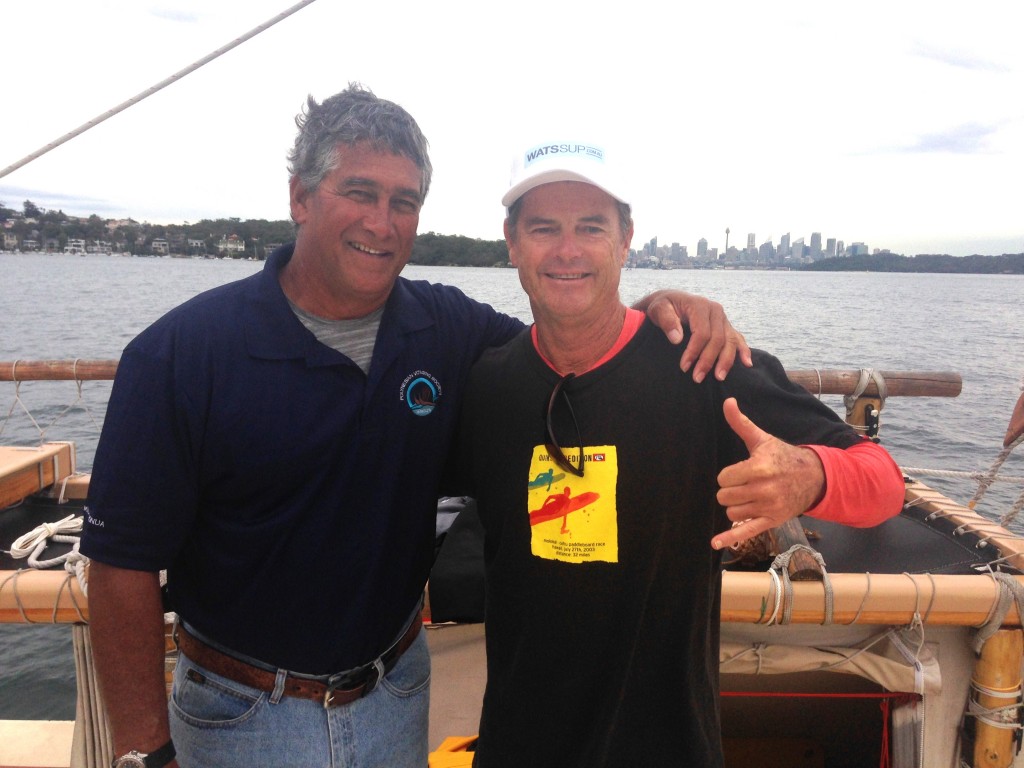 Here is a shot of Captain Bruce Blankenfeld and Terry on board the Hokulea. Bruce was a crew member on the 1978 voyage where Eddie perished on. What an honour and awesome experience it was to be invited on board and made feel welcome and to share stories. 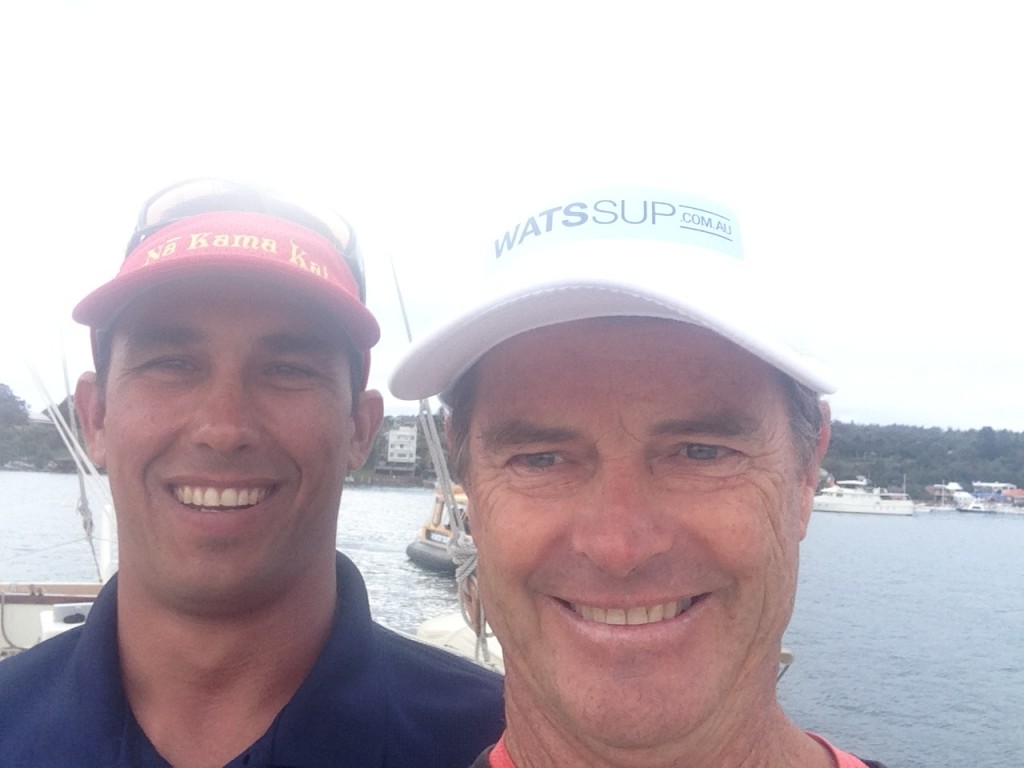 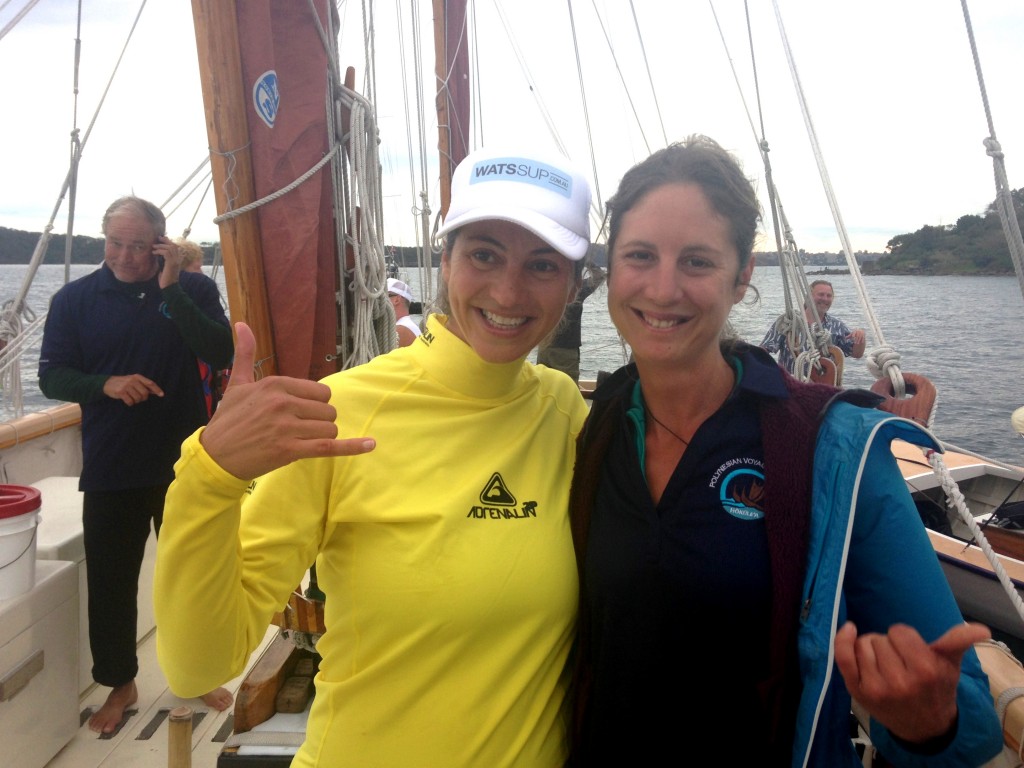 Despite the fact that these crew members had just experienced several weeks of pure ocean swell (up to 20 feet of swell in the Tasman Sea leg!), we couldn’t help but notice the incredible calm they all seemed to emit and rub off on all of us welcoming the Hokulea!

All of us paddled back to land feeling exalted and on cloud nine! They definitely left an awesome inspiration on us about Ohana which encompasses loving & respecting the ocean and wanting to do more to help protect our planet and everyone in it!

Follow the Hokule’a Journey at www.hokulea.com and get on board and support this awesome journey and cause.